Is Solar Really Saving Anything? My Numbers Say Yes 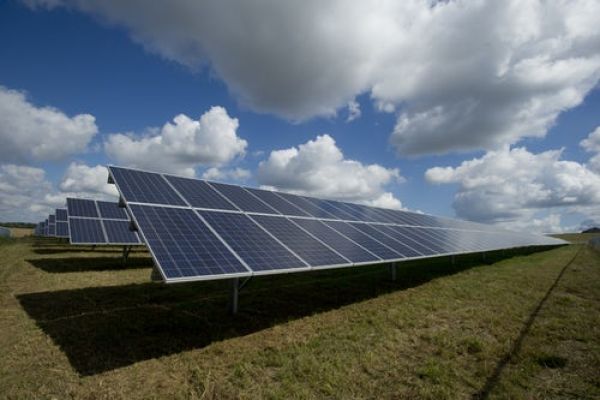 Solar panels are one of those things that sound great, but they're too abstract for a guy like me. Solar panels were things that rich people had, or that corporations invested in so they could make their own power, but they weren't really something for the average person. Someone who just wanted to save money on their bills at the end of the month, and maybe take a deep breath.

Boy was I wrong on that score.

Because, as I found out, there are companies all over the US that are trying to kick us off of fossil fuels, and to do so in a way that means everyone pays less for the exact same electricity we'd have otherwise.

Here's How It Works

I had a friend of mine who'd just had a kid, and he was looking to cut down on every possible expense he could. And when he heard that he could apply for a company to install solar panels on his home for free, he figured he didn't have anything to lose. So he applied, and when he got approved it changed everything.

Well, maybe not everything, but it certainly changed his power bills.

Here's how he broke it down for me, as someone who'd gone through the program and seen how it worked. First, he applied. Once he was accepted, the company came to his house and installed solar panels on his roof at no charge to him. Once those panels were online, they started generating power. That power went from his house back to the utility company, and it got counted against the power he actually used in his house. So before he got charged for anything, the utility company had to check and see how much he generated, and subtract that from what he used.

When it came down to the numbers, even on bad months his bill was cut in half. On good months he paid nothing without changing a single thing he was doing around his house. And on really good months he actually makes money. Because if you produce more power than you use, the utility company has to compensate you for that. So when the sun is shining, and his family isn't spending a lot of time at home, the system is more than paying for itself.

On the one hand, I kind of like the idea of being part of moving into the future. No more coal and gas power, just using solar and wind energy so that we can let the planet heal from the damage we did to it getting to this point. But like I said, that's a very academic way of looking at things. Looking at the numbers on my bill, and mentally cutting them in half, that is something I can really wrap my mind around without straining.

Especially since it means I don't have to stop watching TV, turn off my air conditioning, or push my heat all the way down to nothing during the winter. I can keep living my life the way I'm used to, but because I've got a power generator right on my roof, I'm offsetting what I pay with what I make.

That's really what it boils down to, at the end of the day. If you've got solar panels on your roof, you're paying less because you're making your own clean energy. You win, because you have smaller bills. The utility company wins, because it can claim it's relying more on green energy than on other forms of power. And everyone wins because with every home that sports a set of panels, solar power becomes that much cheaper, and that much more common.

For more information about how you can get solar panels on your home, and what they can do for you, simply fill out our free online solar calculator today!