When a Ripple Becomes a Tsunami: Solar Power Grid Parity and Beyond 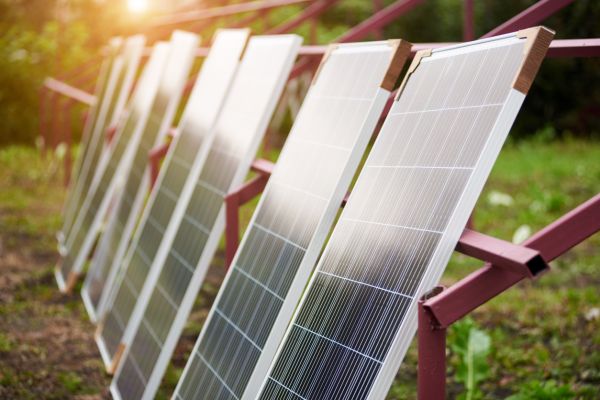 The new wave in energy is one that started off as a slowly rising tide: Solar! The venerable technology continues to improve, with recent strides leading up to solar reaching grid parity -- meaning it is at or below the cost of purchasing traditional energy in many parts of the world.

Solar power is not only the conscious environmental choice, but increasingly the right choice even when focusing on energy costs in isolation. With that in mind, let's break down what grid parity means for solar power, and whether now or later is the right time to buy in.

Grid Parity: Once a Pipe Dream, Now a Reality

Solar energy has arrived to a point that, just a decade ago, was widely written off as impossible: reaching grid parity. Solar energy is now the cheapest form of power available.

This has led to a sudden uptick in governments treating solar as their endgame for long-term energy planning. Additionally, private business is putting their eggs in the solar basket in a much more prominent way.

With solar's primary costs leaning towards upfront investment rather than ongoing energy payments, grid parity marks the moment when energy may finally tip away from being purely the realm of expensive, limited and polluting sources.

The first question for anyone interested in making the move on solar is, "should we buy in now?"

There are layers to the answer, especially for buyers in the United States. In short, there has never been a better time to invest in solar panels for personal use. However, the immediate future might not be quite as buyer-friendly as it is right now.

The Future of the ITC Tax Credit

Since 2005, individuals and businesses enjoyed major savings on solar energy projects thanks to the federal Investment Tax Credit (ITC). This 30% credit on total project costs led to a huge wave of solar installations, dating to even before grid parity was achieved.

Unfortunately, the current political climate in the United States may spell the end of the ITC for the foreseeable future, with a gradual winding down in benefits incoming:

This means that, at the exact moment when solar power is increasing in use and leading to major ongoing savings for supplemental energy projects as well as the sole supplier of energy, total project costs for U.S. buyers are about to increase.

Accordingly, 2018 through 2019 are the best times to buy in barring a notable political change.

The Potential of the "Green New Deal"

While the current leadership within the EPA and the U.S. government in general is stacked against a guaranteed extension of the ITC, there is hope for the long term in the proposed Green New Deal.

The ultimate purpose of the plan is to meet the Paris Agreement's stated goal for limiting climate change: no more than 2.7 degrees Fahrenheit by 2100, which scientists say may be the only hope to avoid increasingly destructive flooding and weather events.

This, if it happens, would lead to yet more new innovations in solar efficiency and lowered costs. But currently, it remains the work of a small (growing!) community of lawmakers with the Senate and Executive branch currently stacked against them.

So, while there is hope for solar prices to again drop, it would be the result of an as-yet unrealized political proposition. That makes 2019 the best chance for getting the most reasonable prices on solar hardware and labor for the time being.

The Future of Energy is Solar

The gradual decrease of the ITC credit is unfortunate, but the overall message remains clear: solar energy is the future.

Climate change makes solar a crucial tool in decreasing emissions and potentially saving countless lives in the coming decades. And grid parity makes it the reasonable choice from a purely cost-focused mindset.

Interested in learning more about taking advantage of the final months of the 30% ITC benefit? Get in touch with AskSolar today to learn more about installing and maintaining solar panels in your home or business today.